Skip to primary content
Skip to secondary content
The text companion to this week’s #rbnews international show is now online. You can read it after the jump.
END_OF_DOCUMENT_TOKEN_TO_BE_REPLACED 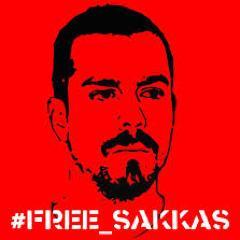 Translation of Katerina Kati’s article for The Editors’ Νewspaper, 03 June 2013

He has been on remand for 3 years and was prosecuted twice for the same offence, despite the fact that his name doesn’t even appear in the case file.

The maximum time he should spend on remand expires tomorrow; and he chose this date to start a hunger strike, clarifying that “this is not an act of desperation, but rather to keep up the fight.”

He was prosecuted twice for the same offence. He was put on remand twice.

The maximum time he could be held on remand for the second time is twelve months. But when this time was over, instead of being released, his detention period was extended for another six months. Meanwhile, his first trial has not been completed and the second (for which he is now being held prisoner) has not even started.

All this, seventeen years after the adoption of Law 2408/1996, which prohibits splitting a single case against the same defendant into several cases and imposing multiple, successive pre-trial detentions, in order to prevent that temporary custody extends beyond the statutory 18 months.